In 1996 the SLICC group, in collaboration with the ACR, developed the SLICC/ACR Damage Index, often referred to as the SDI or SLICC Index. The SDI records the accumulation of damage that has occurred since the onset of lupus in 41 items which are grouped into 12 different systems. To be recorded as damage the item must have been present or 6 months. Damage may be have resulted from

(a) an earlier disease activity leading to damage such as scarring or organ failure, or

(c) intercurrent illness, which is not attributed to lupus such as cancer or surgery

Note : Unlike SLE Activity indices wher the activity must be due to lupus,  the SLICC Damage Index records damage in lupus patients, regardless of it's cause

The SDI has been shown to be valid and reliable in several studies and accepted as an independent outcome measure in clinical trials and mainly in longitudinal studies.The SDI has also predicted mortality in patients with lupus and was valid in the assessment of the long-term effect of treatment. In clinical trials, the SDI is used in the stratification of patients and as an independent outcome measure, because an effective drug would be expected to prevent the progression of damage. 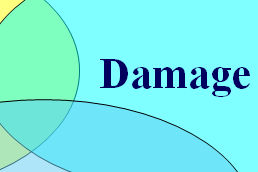 The SLICC Damage Index was introduced to BLIPS as far back as Version 2 in 1997. It has remained unchanged since publication in 1992 and is considered the Gold Standard for assessing damage affecting all of the main body systems and in BLIPS 8™ it is our recommended assessment for this purpose.

The Lupus Damage Index Questionnaire (LDIQ) is and alternative to SLICC and may be useful in certain circumstances. Where the SLICC is a physician's assessesment. the LDIQ is a patient self assessment. However the correlation between SLICC and LDIQ is not particularly good, nor consistent across the assessment. The LDIQ would be useful if physicians assessment was not possible. LDIQ is not currently available in BLIPS but it could easily be included in our patient centric modules in BLIPS Direct and BLIPS Lifestyle if required,

Other Damage Indices can be added on request.